How to optimize your energy levels (bonus tip: trade in your old ‘batteries’ for new ones)

Reading time: 13 minutes
Summary:
Learn which mechanisms work to take your energy and understand how to hack it to make it work in your advantage and perform better than ever

What does it mean to ‘have a lack of energy’?

Even though most people feel that they have a general understanding of what it means to ‘have energy’, I’d argue that there are 3 issues often overlooked:

So, if you don’t have the energy to go to the gym, prepare healthy food, join a Yoga class or take a break to calmly talk to your loved ones, you don’t generate the energy to… generate energy. See the problem of this downward facing spiral?

Even though I briefly mentioned a few examples of energy generating habits, I believe that we need a basic level of the physiological process behind all this to see the bigger picture and hence – turn this spiral the other way around. It is my belief that once you understand the why, the how and the what become easy.

First of all: let’s talk numbers. You have on average between 1000 and 2000 mitochondria in every cell. Given the fact that you have quite some cells that translates to roughly 4 quadrillion of these little helpers.

Okay, great. That sure sounds like a lot, but how much is 1 quadrillion even? To put it into perspective here’s a visualization of that amount in pennies stacked behind some iconic buildings to get an idea. Clearly, your body wouldn’t create all of those if there wasn’t some huge benefit.

What do mitochondria actually do?

In essence, mitochondria are little nuclear power plants and provide energy to your cells. They do this through complicated processes whereby they convert fuel in the forms of fat, protein and carbohydrates into water, carbon dioxide and heat. Even though this is relevant for other processes, we are now focused on the other result: energy. While your car might use Diesel, petrol or electricity, your body’s energy ‘currency’ is called ‘ATP’. After it’s created by your mitochondria it’s moved through your body to bring energy wherever you need it.

When your body’s ATP does its job well, it loses one of its 3 phosphate molecules and turns into ADP. In order to get back in shape it’s brought back to your mitochondria to ‘recharge’, just like you’d hook a Tesla car to a charger. This process of recharging happens close to a 1000 times per day for every ATP chemical.

Even though your first thought of useful applications for this energy might be exercise or other basic physiological functions (like the beating of your heart), it’s important to realize that that your brain is actually one of the most power consuming organs of your body. So, your available energy level also greatly influences your psychology. I believe this combination of feeling both mentally and physically strong are essential building blocks to start living in a state of high performance.

Why do you get low on energy?

Nuclear waste
Like the process of splitting uranium atoms, energy production within your Mitochondria is also very delicate and easily be disturbed. If this occurs the energy output of your little nuclear power plants will simply be lower. However, there is also another secondary effect that doubles the negative impact.

Compromised energy production can lead to ‘toxic waste’ as a result. In our bodies this shows up as reactive oxygen species and (the better known) free radicals. These leak into the surrounding cell and cause damage to the mitochondrial DNA, proteins, lipids and its ability to buffer the impact of free radicals in the first place.

To put it simply: this totally ‘kills the vibe’ of your energy producing friends. The good news: if you’re able to fix this, you’re able to kill 2 birds with one stone – or better said: have the cake and eat it too (spoiler: mitochondria don’t like cake).

Running low – on the wrong fuel (a.k.a. sub-optimal nutrition)
Nutritional deficiencies are one of the biggest contributors to inefficient mitochondria. Even though you might eat healthily, you are likely to still lack some nutrients because you might have left out a few key components or overestimated the nutritional value of modern-day food. A cucumber grown in a greenhouse simply doesn’t bring you the nutritional value it used to bring in the past. As a result, you are likely to have sub-optimal levels of i.e., vitamin C, B, K, minerals like Magnesium, essential fatty acids or essential amino acids. All of which can significantly impair your ability to create energy, feel well and perform at a high level.

Besides making up for a lack of nutrients, it’s also possible to kick it up a notch by taking highly potent antioxidants like glutathione, lipoic acid or coenzyme Q10. However, it’s important to note that this isn’t always as straight-forward as going to your local drug store and checking off the boxes of your shopping list.

Finding the right dose can be tricky as the amount often depends on your body weight, gender, age or even the season. Moreover, many supplements (especially those in drug stores) are of such appalling quality it’s best to take nothing instead. Some supplements also interact with medicines you might take, so I’d recommend to only take this route if you did your research. Alternatively, you could get in touch with someone who can bring the needed expertise to help prevent you doing yourself more harm than good.

On the positive side though: despite the risks the potential energy gains can be nothing short of amazing if done correctly.

Access to energy
Even though you might be hungry, I am going to make a small assumption here that you have some level of energy packed on your body. You might, euphemistically, refer to them as your ‘love handles’, but to your body they are nothing more than stored energy for when times get rough.

Being able to access this fat is the core of structural weight-loss and a science by itself, as it goes so much deeper than ‘just eating less than you use’. Weight loss is not about math, it’s about science. It’s a little-known fact that most people are unable to use their fat reserves for energy. The reason for this is that they ‘run’ on a completely different fuel source, namely glucose.

A diet high in carbohydrates (and sugars), the subsequent role of the hormone insulin (and the enzyme Hormone Sensitive Lipase) plays a crucial role here. There are also several other hormones that can prevent successful mobilization of fat (i.e., T3, epinephrine, norepinephrine, DHEA, ghrelin, growth hormone, testosterone, cortisol).

As a result, your body is unable to free up those free fatty acids to be able to transport them to your mitochondria where they could have been used to create energy. Moreover, even if your body is able to mobilize these fatty acids and bring them to the doorstep of your mitochondria, your thyroid needs to supply sufficient T3 hormone and carnitine to allow them to open the door and burn them up as fuel. Talking of getting a ‘warm’ welcome. It’s therefore key to optimize your hormones to optimize your energy.

Other causes
There are also several other factors that can impact your mitochondria, however, several of them indirectly relate to hormones.

Stress and sleep deprivation are a good example as these issues can significantly mess up your delicate hormone balance. Moreover, the resulting lower energy levels might deepen the downward facing spiral as it could further increase your stress levels, because you missed that deadline at work or made poor food choices because you didn’t buy any healthy groceries.

Furthermore, poor food choices and a lack of sleep are known to increase your levels of inflammation, which messes up your mitochondria as well.

What should I do to increase my energy?

Alright, that all sounds pretty awful (and perhaps familiar). What to do about it?

Even though there are many issues that can play a role, the solutions can be relatively simple in their essence. In my opinion it starts with nutrition, as I believe this is the equivalent of pushing over the first domino.

It’s TMI to describe the entire process here, but as I briefly mentioned if you switch to a more nutrient rich diet that is high on essential fats your body can gradually change its fuel source to fat.

Moreover, eating a diet low in carbs will (for most people) significantly improve their hormonal balance and lower their inflammation. As a biohacker I do recommend to do a blood test of several key markers before and after the changes, to also have the data show what’s going on inside of you.

The result, however, will likely be that your body will improve its ability to mobilize and use its fat resources, decrease its levels of inflammation, have the right nutrients available and thus create the perfect setting for your mitochondria to kick some ass.

Besides feeling a surge of energy, no after lunch-dips, you’ll likely sleep better, burn of that (little) extra weight you wanted to lose anyway and become more stress resilient. However, I do recommend you to learn how to deal with stress effectively alongside of your nutritional changes, as dealing with it is always better than compensating for it in my opinion.

If you feel inspired, have any questions or would like to know how to boost your energy levels as well, just leave a comment or send me a message. Hope this article helped.

If you really want to treat your mitochondria to something special it could be interesting to supplement with NAD+. This coenzyme is found in every cell of your body and helps with metabolic processes and controls how efficiently your mitochondria work. Scientists now believe that this might be one of the reasons we’ll have less energy the older we get.

Even though more research needs to be done, studies on mice have shown that if they supplement an old mouse (the equivalent of a 60-year person), it will restore its energy supply to that similar of a 20-year-old. Or in the words of the researcher: ‘they went straight back to being young again’.

Want to wait for this to go mainstream in 15 years or would you like to see if this works for you? Guess what I’m doing… 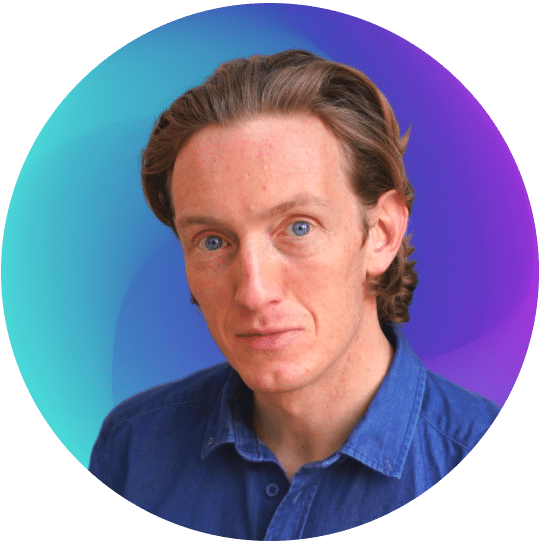 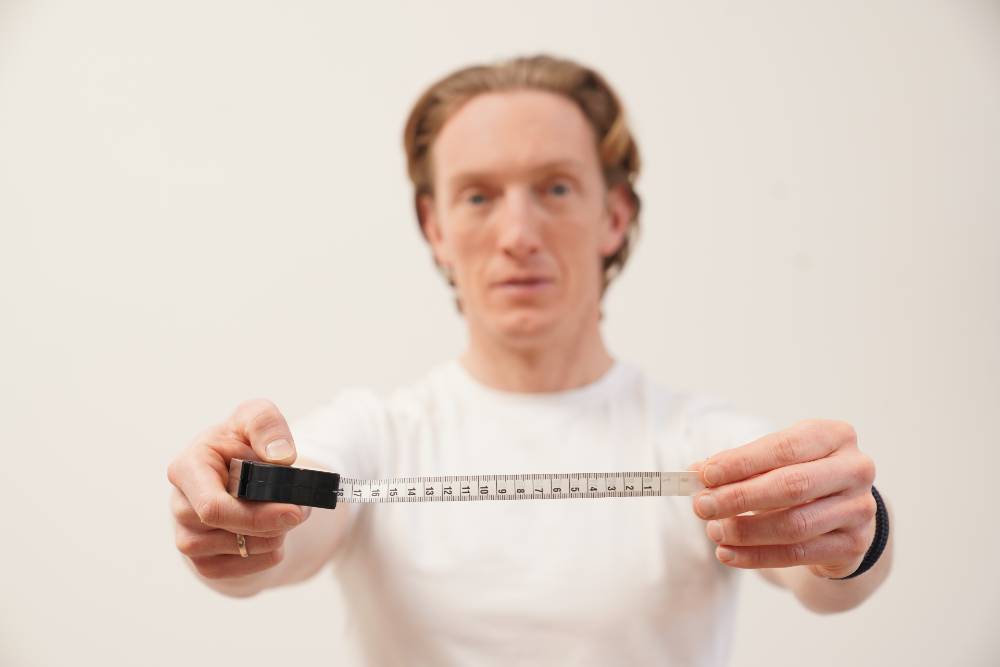 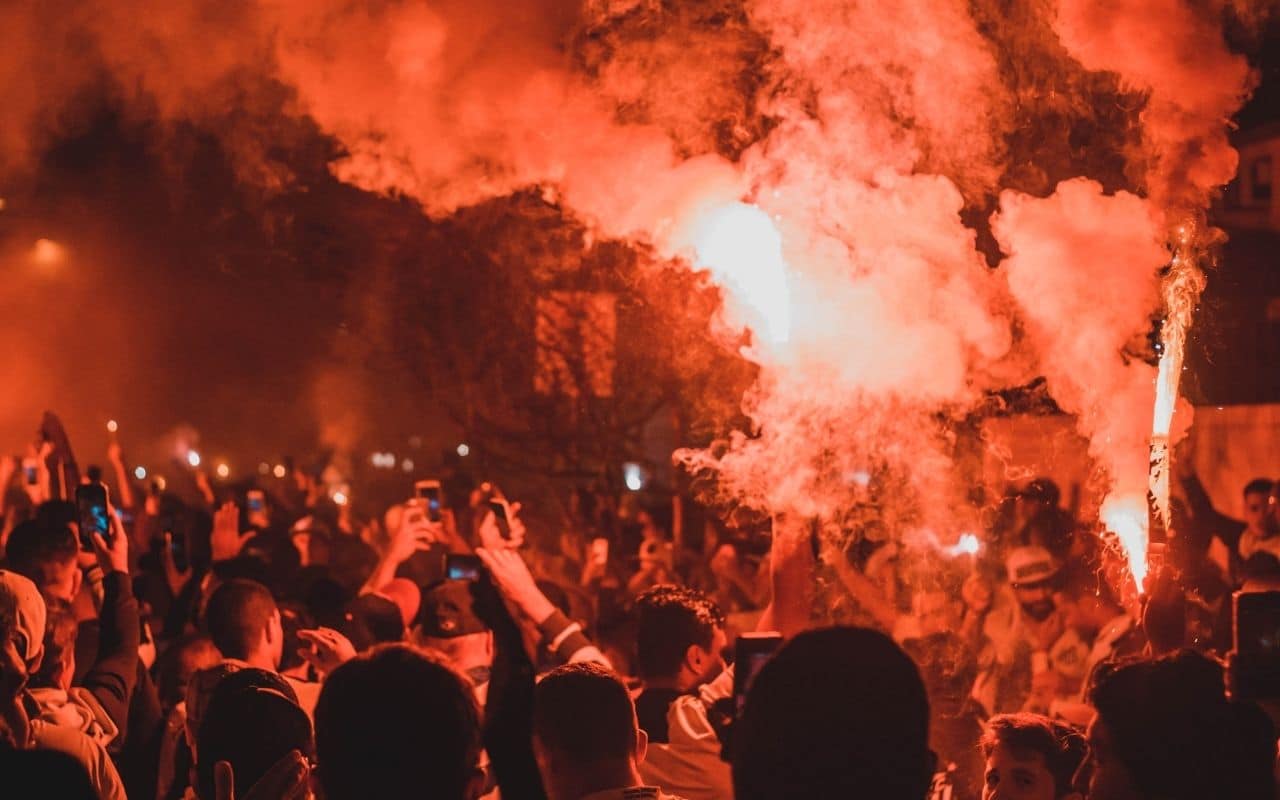 🔮 Are you under a spell?

Could you be stuck in a process called ‘Mass Formation’? Understand how to spot it in yourself and others, but also learn how to break the spell.

Ready to make that change?

Pick a time-slot and schedule a free (voice or video) call. If we feel that we have the right ‘click’ we’ll make a plan to get started. If not, we shake (virtual) hands and part ways.